A teenage boy was left with a broken mouth, a hole in his chin and damaged teeth after an electronic cigarette exploded in his mouth. 17-year-old Austin arrived at the Primary Children’s Hospital hours after the e-cigarette burst inside his mouth, according to a case study published in the New England Journal of Medicine. 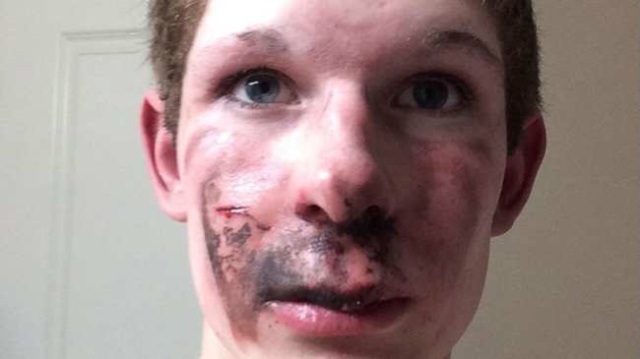 His jaw was swollen and he complained of pain in his mouth. Doctors discovered the boy suffered a punctured chin and cuts across his mouth.
— Read on kutv.com/news/local/e-cigarette-explodes-in-teens-mouth-breaks-jaw-and-teeth