It was a tax massacre in Springfield! They doubled your gas tax and passed a budget with out of control spending that will likely lead to a massive future tax hike.

I thought I would give a brief review one more time of the frenzied activities by the Illinois General Assembly.

Illinois state legislators in bipartisan fashion gave themselves a 2.5 % increase in pay and an increase of 25% in per diem and 33% in mileage reimbursement…in the worst slaughter of taxpayers in the over 200 year history of Illinois

Be sure to read to the end.

This week in Springfield the following legislation was passed.

1. Expanded abortion up to birth.

2. Expanded gambling with up to 6 new casinos.

3. Allowing inmates to vote including establishing a polling place at the Cook County Jail.

5. New law passed regarding Driver Licenses. When completing your drivers application you can identify as Male, Female, or Other (non-binary).

9. Tonight passed legislation for a $40 billion budget (a billion more than the governors proposed budget) and $45 billion capital bill, raising license plate fees to $150, legalizes sports betting, higher taxes on video gaming and an expansion of video gaming, a tax hike on cigarettes and vaping, a new tax on parking garages, and raises the gasoline tax to $.38 a gallon.

10. Passed a constitutional amendment to go from a flat tax to a progressive tax.

To pay for all of this a massive , bipartisan TAX INCREASE was passed by the Illinois General Assembly.

The General Assembly just doubled the gas tax on working families. Too many other taxes and fees to name, were also included. 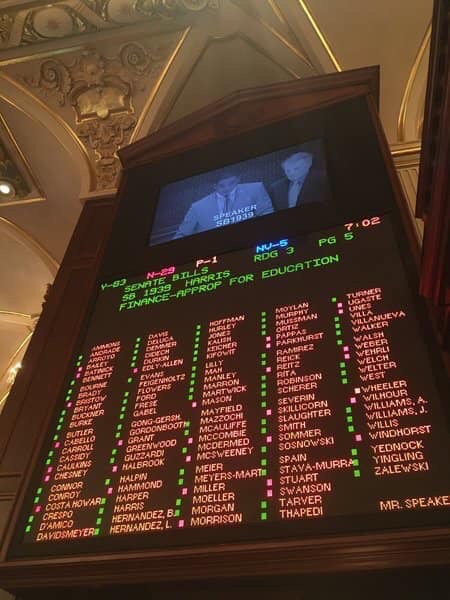 The gas tax increase approved by the Illinois General Assembly will double the motor fuel tax from 19 cents to 38 cents per gallon.

Drivers filling up in Chicago could see an effective per-gallon gas tax burden of 39% when they fill up their tank.

No reforms on property taxes, pensions or Medicaid that would provide much needed relief for hard-working families in all of Illinois !!!

This is reckless spending that every working family will have to pay!