April 23, 1914………Weeghman Park (Wrigley Field), opens for the first time, with the Chicago Federals as the first tenants. The Federals are part of the upstart Federal League, the 3rd Major League. The Federals will remain in Weeghman Park for 2 years, winning the championship in 1915, before the league dissolves, and the Cubs move in, in 1916. The Cubs had been playing in West Side Park. Charley Weeghman owns the Cubs that first year, with William Wrigley also owning a small percentage, and the park remains Weeghman Park until 1920, when it becomes Cubs Park. It remains Cubs Park until 1926, when William Wrigley, the sole owner of the Cubs then, officially names it Wrigley Field. Why was this park built in a more residential section of Chicago and not near a major road? Well because the park, built in 1914, was situated near the Milwaukee Railroad. This is the only remaining Federal League park that still stands. The photos are Weeghman Park, April 23, 1914. 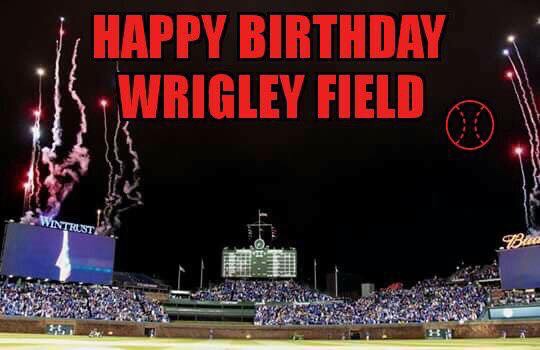 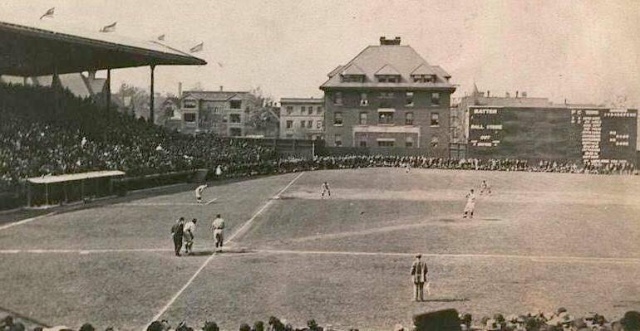 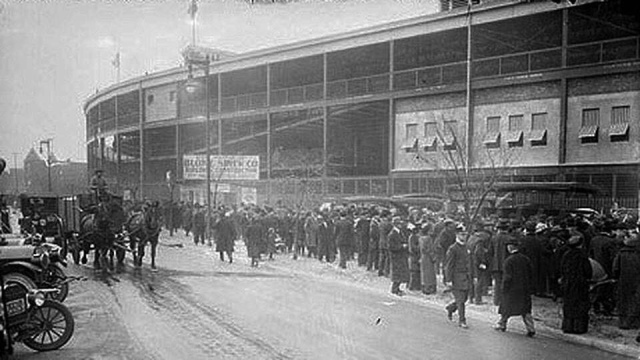