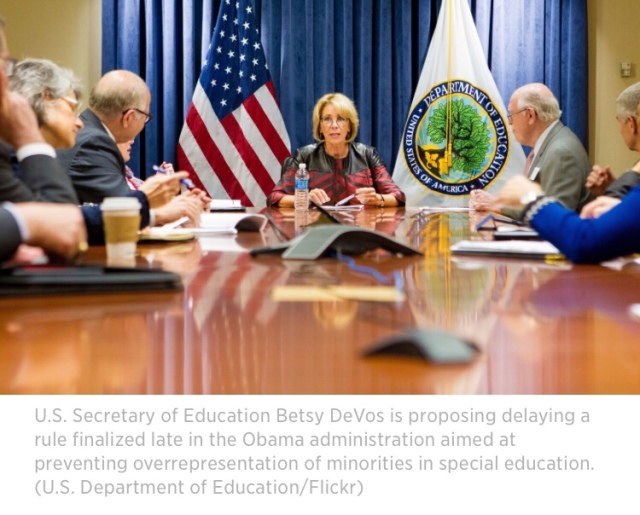 The Trump administration is officially proceeding with plans to delay an Obama-era rule that aimed to ensure students from certain backgrounds aren’t wrongly placed in special education.

The U.S. Department of Education is issuing a notice in the Federal Register on Tuesday proposing a two-year delay of the so-called “significant disproportionality” rule, which was finalized in the closing weeks of the Obama administration.

The Individuals with Disabilities Education Act requires states to flag school districts with high rates of students from particular racial or ethnic groups identified as having disabilities, placed in restrictive settings or subjected to discipline.