Every U.S. Census since 1850 Asked About Citizenship Status Until Obama Administration Removed That Question.

There’s a lot of whining by various factions of the U.S. media, because the Presidential Administration wishes to reinstate that the 2020 U.S. Census would ask about Citizenship-Immigration status.

What they don’t tell you, is that the Citizenship question has been a part of EVERY U.S. CENSUS from 1850 to 2000. The Barack Hussein Obama administration REMOVED this question from the 2010 census. (fyi.. The U.S. population count/census is taken every 10 years.) 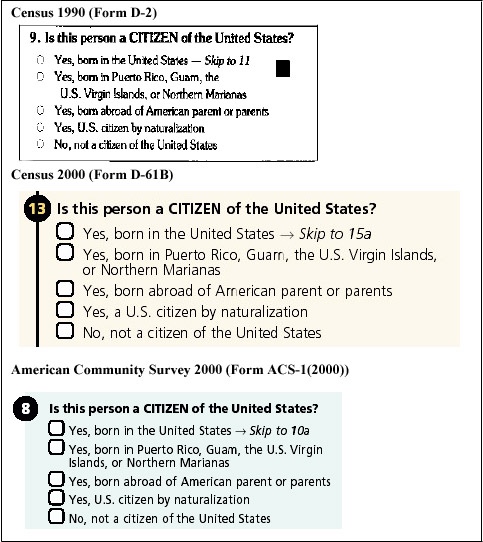 What is striking in the 2010 census form is the lack of citizenship or birthplace question.

The 2010 Census website explains the issue, but fails to answer why the form changed suddenly this year. While it may be Constitutional to count every person living in the United States, it should not preclude the Census Bureau from knowing what is the legal status of those living in the country. Just like today, the media was extremely liberal in 2010. They didn’t report the sudden removal of the Citizenship question from the 2010 Census, because they knew why the Obama Administration did it. More Democratic voters, and potentially more taxpayer dollars to Blue states, like California. In addition, the Obama Administration could not be held accountable for allowing many millions of law-breaking non-citizens to enter and live in the United States, if Congress had no idea how many were here, and where they were living.

The Obama Administration thought Americans were too stupid to know they were being screwed by ObamaCare, and too dumb to understand the significance of removing the citizenship question from the 2010 U.S. census. To Obama’s dismay, Americans proved him wrong, and voted most Democrats out of office, all over the country, from 2010 thru 2016.

Now the current Presidential Administration wants to return the 2020 U.S. Census to ask about citizenship, like it did from 1850 to 2000.