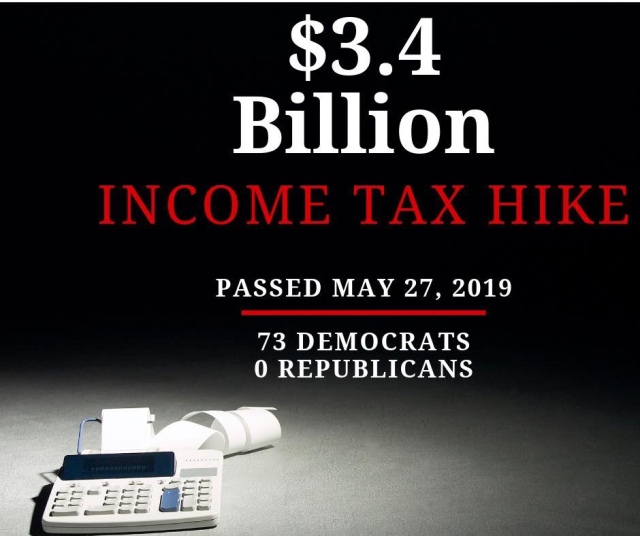 The Illinois House, on partisan lines, voted to approve a constitutional amendment to ask voters in 2020 if the flat tax structure should be removed from the constitution. 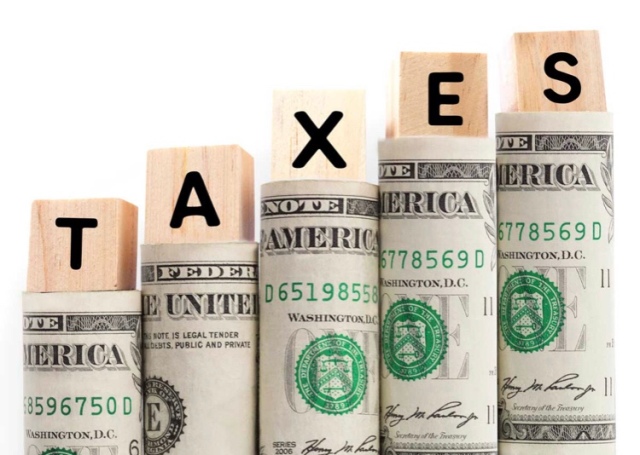 Landing Gov. J.B. Pritzker a huge win, the Illinois House — on strictly partisan lines — on Memorial Day passed a constitutional amendment that will land a question on the 2020 ballot to change the state’s income tax structure. 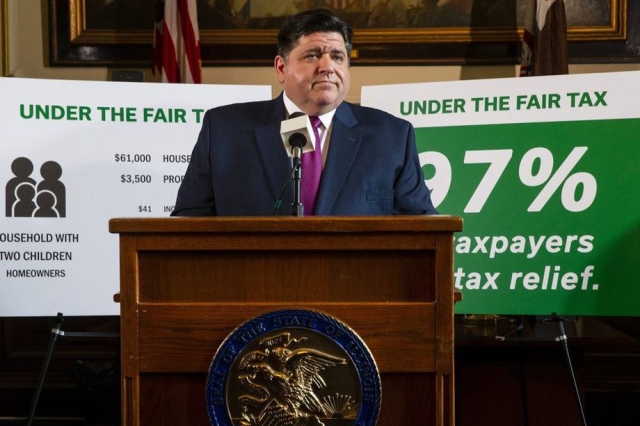 The Illinois House voted 73-44 to approve the constitutional amendment. 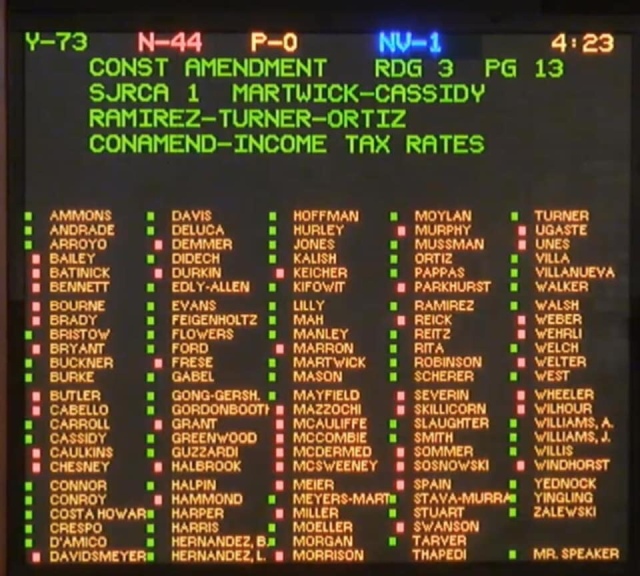 With the Illinois Senate approving the amendment on May 1, the House passage means voters will be asked if they want to change the state’s flat tax structure to a graduated income tax — in which high earners will pay more. The flat rate language has been part of the state’s constitution since 1970, a year after the income tax was first enacted. The amendment does not require the governor’s approval.

The referendum would need the support of 60 percent of voters for the change to take effect.

A corresponding measure that sets the tax rates is still making it through the Illinois House.

Monday’s passage sets the start button on a lengthy public campaign leading up to the referendum, full of big money efforts via two dark money groups.

The amendment’s sponsor, State Rep. Robert Martwick, D-Chicago, called the state’s current system “a very unfair tax system.” He countered opponents claims about Illinoisans and businesses leaving the state: “This is reform. This is an opportunity to fix the problems of Illinois.”

All 44 House Republicans put their lights on to speak during a lengthy debate on the floor on Monday afternoon, which began about 1 p.m. The debate was much, much longer than the Senate debate — which clocked in at seven minutes.

“Please think about how repeating the same foolish tax-and-spend policies will not change anything about our future,” State Rep. Margo McDermed, R-Mokena, said. “We need to address the underlying drivers and we need to get our financial house in order and this amendment does none of those things.”

Several Republicans called it a “jobs tax,” a tax change that will drive more people out of Illinois and a problem of trust.

“This plan will not work. Do we need tax reform? You bet we do. This isn’t the way to do it,” State Rep. Steve Reick, R-Woodstock, said. “We need a global review of our entire tax system … with an operating system that tracks our economy, that doesn’t create class envy and class warfare and take money from those who are the most productive in our society. We need a tax system that tracks our economy.”

A House committee last week cleared the tax rate measure, which would raise the top income tax rate to 7.99 percent — up from Pritzker’s preferred 7.95 percent. It also separates rates for single and joint filers, an issue many brought up when Pritzker unveiled his preferred rates in March. The corporate tax rate within the package would also be raised to 7.99 percent.

Under current law, all personal income is taxed at 4.95 percent and corporate income at 7 percent.

While many lawmakers believed the House would clear the amendment, it’s unclear whether lawmakers will approve the two other measures amid concerns over the lack of property tax relief. And sponsor state Rep. Mike Zalewski, who chairs the House Revenue and Finance Committee, said there’s support for a task force to discuss property tax relief this summer.

Pritzker had said he wants a progressive income tax approved before the Illinois General Assembly adjourns in May. Pritzker’s office has framed the tax change as a way to generate $3.4 billion in additional revenue, while noting that 33 other states have enacted a graduated income tax structure.

If you think that [a progressive income tax in Illinois] doesn’t hit you, you’re wrong. None of the drivers that have created the structural deficit have been addressed… Even the rates that are listed there are not ‘enough’ in the eyes of people that are sitting here today.

“But just because a state applies different rates to different amounts of income doesn’t mean only the wealthy pay top rates. In neighboring Missouri, for example, the state’s top rate of 5.4% is levied on all income over $8,424, according to the Tax Foundation, which compiles state tax rates and brackets annually. Alabama’s top rate kicks in even sooner — after the first $3,000 for single filers.” Politifact.com