We all know the government taxes our income. But what about the many other ways the government covertly drains money from our wallets? Total personal income taxes in fact represent less than half our total tax burden. 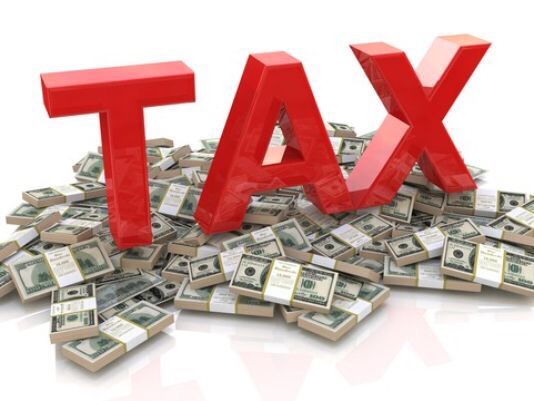 Every year, Americans pay at least $657 billion in hidden taxes! Stealth taxes, which balloon the cost of countless necessary expenses and leisure activities, violate a basic principle of taxation: that taxes should be visible to the people who pay them.

Here are eight hidden taxes that covertly drain money from your wallet on a regular basis:

Hidden cell phone taxes cost you over $100 per year.

Over 95 percent of adult Americans own cell phones. But when these millions upon millions of people pay their wireless bills, only a fraction of the money they shell out actually goes to their mobile phone service.

That’s because local, state, and federal governments, 911 systems, and even local school districts slip hidden taxes and fees to our cell phone bills that end up costing the average American cell phone consumer an extra 18 percent. So a monthly phone bill that ought to be $60 costs around $70.80. Every month.

Taxes and surcharges make up to 27 percent of every electric bill.

New York residents are forced to use the monopoly energy company Con Edison for electric, gas, and steam. Con Ed is the biggest property tax payer in the state of New York – and passes its own $1.1 billion annual property tax to its own customers. The average New Yorker pays about $22 in taxes on a typical monthly Con Ed bill.

The electric bill scheme is happening all around the country. In San Diego, for example, $60 million is funneled to the city’s general fund every year thanks to hidden electric and gas taxes.

Cities give exclusive contracts to trash haulers – in exchange for big kickbacks.

Big cities often award exclusive trash collection contracts. In exchange for the sole right to collect garbage within its boundaries, cities demand 5 to 10 percent of a hauler’s gross or net receipts as a “franchise fee,” but it can be a lot more than that. Take Santa Ana, California-they get 18 percent of its hauler’s annual revenue in an annual kickback.

Once a company locks down an exclusive contract, it can ratchet up what you pay for garbage collection since it no longer has to compete with other trash companies; then the trash hauler makes more money and covers the franchise fee costs. Exclusive trash contracts resulted in franchise fee kickbacks of more than $29.2 million to cities governments in 2013. This annual revenue is then funneled to general funds, where it can be spent on anything.

Hidden taxes and fees inflate your cable bill by 10 percent.

The Federal Communications Commission (FCC) levies a 17.9 percent tax on cable companies – much of this tax is passed down to consumers. The FCC continuously comes up with absurd ways to spend our cable tax dollars. For example, in 2009 the agency spent $350,000 sponsoring NASCAR driver David Gilliland to promote digital television. Do we really need to spend more than a third of a million dollars to stamp an FCC policy objective on a racecar? Gilliland’s race car got into an accident at the O’Reilly Auto Parts 500 in Phoenix in 2008 – and lit on fire.

Another example: A major effort to connect Atlanta schools to high speed internet in 2013 instead wasted millions. The current FCC chair said the major push resulted in $2 million wasted on brand new smart phones for school administrators. Meanwhile, 75 percent of students at the school had less than one hour of internet access a day. Your cable bill taxes at work, folks!

Cities and states slip “911 fees” into cable and wireless bills. In the 1990’s, consumers were told such fees were necessary in order to make upgrades to emergency communication needs. After years of collecting 911 fees, most of the upgrades making this tracking possible around the nation are complete… But state governments like the reliable, seemingly non-controversial revenue stream. So they simply keep the 911 fees in place.

The resulting revenue is routinely exploited. In 2008, Chicago doubled its wireless 911 fee from $1.25 to $2.50 per month to help fund its Olympic bid. You remember the Chicago Olympics, right? Oh right, they lost that bid. Funny thing, though – that 911 fee never got reduced. In fact, it was increased a further 56 percent in 2014, causing Chicagoan’s phone bills to rise by $16.80 per phone line per year. The reason for the 2014 hike was to “save” pension funds for city workers (what does that have to do with emergency services again?). In its first year alone that increased 911 fee generated $110.8 million.

San Francisco, Philadelphia, Berkeley, Boulder or Oakland all have taxes on sugary drinks. In Berkeley, distributors of soda, energy drinks, and sweetened iced teas are forced to pay a 1 percent per ounce tax. Meaning a 16-ounce soda bottle gets taxed at 16 percent. The funds collected don’t go to fighting obesity, educating children about healthy eating, or subsidizing gym memberships for fat people – they go right into Berkeley’s general fund.

There’s also no proof that the tax makes us healthier. A study by Cornell University indicates that many soda drinkers end up switching to beer. Another study found that even if a 58 soda tax were imposed, it would only decrease the average U.S. Body Mass Index by 0.16 points. That’s equal to less than a pound for a six-foot-tall person.

Many cities and states require dog owners to purchase a government pet license – and if you don’t renew the license annually, you can get slapped with hefty fees. Pet licenses provide an easy, steady stream of revenue for city and state governments facing budget crisis.

Pennsylvania, where dog licenses are required by state law, has its own Bureau of Dog Law Enforcement Office. Given the state’s enormous annual expenditures, Pennsylvania struggles with budget issues year after year. In order to balance their budget, officials continue to divert funds from the Dog Law bureau to the state general fund, where the money can then be spent on just about anything. In 2015, the state collected $6.5 million from the sale of a million dog licenses.

Up to 25 percent of each plane ticket goes directly to the federal government in taxes.

Most airplane tax revenue funneled to the Federal Aviation Administration (FAA). With this steady stream of cash, the FAA has rapidly increased ballooned in size and decreased in efficiency. The agency’s budget has doubled since 1996, as did its personnel costs – even though its workforce fell by 4 percent. This means that on average, each FAA bureaucrat has gotten a 100% increase in compensation over the last 20 years – on your dime!

Feeling ripped off yet?