We Live In A Dangerous World; but Who Poses The Greatest Danger To Us and Our Fellow Citizens ? 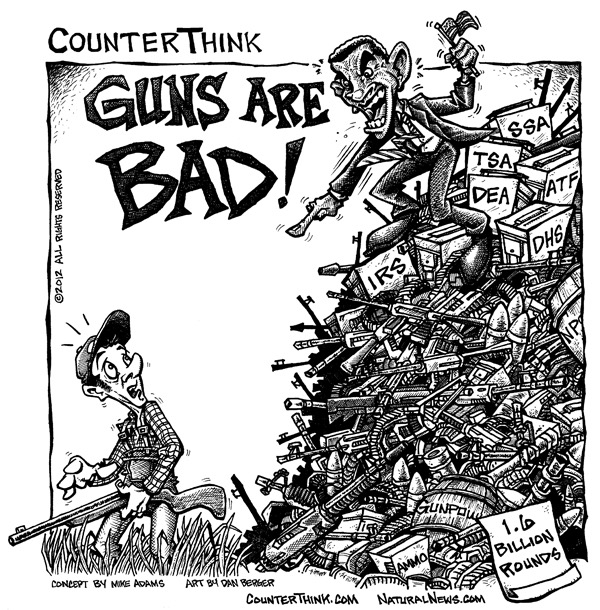 Over a nearly two-year period, the last years of the Obama administration (FY2015 – FY2016), Homeland Security and the Department of Justice spent $138 million on new guns and ammunition. That seems reasonable.

1) The 2,300 Special Agents at the Internal Revenue Service (IRS) are allowed to carry AR-15’s, P90 tactical rifles, and other heavy weaponry. Recently, the IRS armed up with $1.2 million in new ammunition. This was in addition to the $11 million procurement of guns, ammunition, and military-style equipment procured between 2006-2014.

2) The Small Business Administration (SBA) spent tens of thousands of taxpayer dollars to load its gun locker with Glocks last year. The SBA wasn’t alone – the U.S. Fish and Wildlife Service modified their Glocks with silencers.

3) The Department of Veterans Affairs (VA) has a relatively new police force. In 1996, the VA had zero employees with arrest and firearm authority. Today, the VA has 3,700 officers, armed with millions of dollars’ worth of guns and ammunition including AR-15’s, Sig Sauer handguns, and semi-automatic pistols.

4) Meanwhile, Department of Health and Human Services (HHS) agents carry the same sophisticated weapons platforms used by our Special Forces military warriors. The HHS gun locker is housed in a new “National Training Operations Center” – a facility at an undisclosed location within the DC beltway.