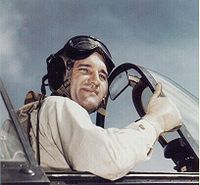 Construction of DDG 85 took place at Bath Iron Works in Bath, Maine, starting with the ship’s keel being laid on July 16, 1999. The McCampbell was launched in July 2000, ran her first sea trials in January 2002, and was delivered to the Navy in March 2002.

May 12, 2003 In the predawn hours, off the coast of Central America, ship’s force and members of a U.S Coast Guard law enforcement detachment conducted a discrete boarding of the “Sin Rumbo,” a Canadian flagged sailing vessel. Inside the vessel, the boarding team from USS McCampbell discovered 1.36 metric tons of cocaine packaged for shipment and valued at more than $20 million.

June 24, USS McCampbell returned to homeport from its first deployment. She has been conducting counter-narcotics operations under the operational command of Joint Interagency Task Force (JIATF) West and South in the eastern Pacific Transit Zone since it left San Diego April 19. The McCampbell completed eight boardings, 34 Right Of Approaches, and 108 sightings and identifications of various vessels. The crew enjoyed several port visits to the cities of Mazaltan and Puerto Vallarta, Mexico; and Balboa, Panama.

May 5, 2004 USS McCampbell departed San Diego for its first six-month deployment in the western Pacific. The ship and its crew are headed to Southeast Asia in support of a Cooperation Afloat Readiness and Training (CARAT) cruise. CARAT is a series of bilateral exercises held annually throughout Southeast Asia that began in 1995, by combining a number of existing exercises to be conducted sequentially by a single U.S. Navy task group. The guided-missile destroyer will be conducting joint naval exercises with the countries of Singapore, Thailand, Brunei, Malaysia and the Philippines.

August 5, The 2004 edition of the Cooperation Afloat Readiness and Training (CARAT) exercise series ended Aug. 4 with the closing ceremony of the Philippines phase. CARAT Singapore was conducted from May 31-June 11 while CARAT Brunei took place from June 21-26. The 10-day CARAT Thailand phase ended July 9. CARAT Malaysia was performed from July 12-22. The CARAT Task Group ships arrived in the Philippines July 27 for the final phase of the CARAT series. DDG 85 returned to homeport in September.

January 4, 2006 USS McCampbell departed Naval Base San Diego, as part of USS Ronald Reagan (CVN 76) Carrier Strike Group, for a scheduled deployment in support of the Global War on Terrorism, as well as national and theater cooperative security commitments in the western Pacific.

March 25, USS McCampbell and The Kiribati-flagged merchant vessel M/V Rokya 1 collided at 11:09 p.m., local time, approximately 30 miles southeast of the Iraqi coastline in the North Persian Gulf. Two U.S. Sailors received minor injuries as a result of the collision. Two crew members from Rokya 1 also received minor injuries and were treated on-scene by McCampbell’s independent duty corpsman. Both ships received damage on the bow and are deemed seaworthy. The cause of the accident is under investigation.

April 29, USS McCambell, commanded by Cmdr. Vincent McBeth, and USNS Catawba (T-ATF 168), along with Bahrain Coast Guard emergency management teams, participated in a proof-of-concept demonstration off the port of Mina Salman. Two U.S. Navy ships executed the proof of concept, which entailed simulating an oil spill and conducting the subsequent containment and recovery.

June 3, DDG 85 pulled to Singapore for a scheduled port call. The ship is en route to its homeport in San Diego after five months on station in the Gulf.

June 16, Destroyer Squadron (DESRON) 7, along with other ships and military personnel from around the U.S. Pacific Fleet, is making preparations for Valiant Shield 2006, one of the largest joint military exercises in this region in more than a decade. Two ships from DESRON 7, the McCampbell and Decatur (DDG 73), will be operating off the coast of Guam June 19-23. The exercise will involve more than 20,000 Sailors, Airmen, Soldiers, Marines and Coast Guardsmen.

July 6, DDG 85 returned to San Diego after a six-month underway period in the Persian Gulf and western Pacific Ocean.

August 13, DDG 85 is currently participating in Exercise Valiant Shield 2007, as part of USS Kitty Hawk CSG, off the coast of Guam.

June 23, 2008 The guided-missile destroyer recently arrived in Singapore for the third phase of Cooperation Afloat Readiness and Training (CARAT) 2008 Exercise.

August 12, USS McCampbell departed homeport to participate in a multilateral exercise FRUKUS 2008 in the Sea of Japan Aug. 15-23.

August 13, The United States has cancelled a joint naval exercise with Russia after U.S. Secretary of State Condoleezza Rice warned Moscow that it’s attacks on Georgia have jeopardised its integration into international institutions. The exercises were to involve warships from Russia, France, Britain and the U.S. in the Sea of Japan as well as an onshore component in the Russian port of Vladivostok.

October 2, DDG 85 departed Yokosuka to conduct training and to participate in exercises with regional naval partners, for the first time as part of USS George Washington (CVN 73) CSG.

March 4, 2009 The McCampbell is currently participating in Multi-Sail ’09 exercise in the western Pacific.

May 17, USS McCampbell departed Shimoda, Japan, after a two-day port visit in support of the 70th Shimoda Black Ship Festival.

July 14, The guided-missile destroyer is currently off the coast of Australia supporting bilateral training exercise Talisman Sabre 2009 with the Washington Carrier Strike Group.

August 15, The McCampbell, commanded by Cmdr. Charles Johnson, arrived in Bitung to participate in the Indonesia International Fleet Review (IFR).

May 13, USS McCampbell, along with USS John S. McCain (DDG 56), arrived in Hong Kong for a scheduled port visit.

May 26, The McCampbell is currently conducting Combat System Ship Qualification Trials (CSSQT) with the GW CSG.

July 25, The guided-missile destroyer departed Busan, Republic of Korea, after a four-day port visit to participate in “Invincible Spirit,” a combined alliance maritime and air readiness exercise involving the Republic of Korea and the United States in the East Sea, July 25-28.

August 11, USS McCampbell pulled into Changi Naval Base for a scheduled port visit to Singapore.

September 4, DDG 85 arrived in Manila, Republic of the Philippines, for a four-day port call.

October 2, The McCampbell pulled into Laem Chabang, Thailand, for a scheduled port visit.

March 12, 2011 USS McCampbell is currently at sea east of the Boso Peninsula preparing to move into position off Miyagi Prefecture to assist Japanese authorities with providing at-sea search and rescue and recovery operations, in the wake of a catastrophic magnitude 9.0 earthquake that left thousands dead on Friday.

May 16, The guided-missile destroyer pulled into Changi Naval Base at Singapore for a five-day port visit to participate in International Maritime Defense Exhibition (IMDEX) Asia 2011.

June 12, USS McCampbell intercepted a Belizean-flagged North Korean cargo ship M/V Light May 26, south of Shanghai, suspected of carrying missile technology to Myanmar and, after a standoff at sea and several days of diplomatic pressure from Washington and Asia nations, forced the vessel to return home.

July 4, DDG 85 arrived in Sydney, Australia, for a port visit before participating in a biennial joint exercise Talisman Sabre.